May 2016: France is torn apart by floods, strikes, oil and power shortages, labour reform protests degenerating into violent clashes between protesters and the police. Birtish debates over Brexit is getting dirtier and more confused every day, and it’s a matter of weeks before unrest resumes in Germany, Greece and the whole continent over the inability to deal with the refugee and financial crises. As Trump ties Clinton in US election polls, comparisons between the Republican candidate and Hitler, between the ascents of the two figures flourish on the web. As always, these comparisons are accompanied by debates on whether making such historical parallel makes sense at all.

This persistent question can only be answered through careful and meticulous comparative work, and I would love to see historians of interwar Germany retro-livetweet any meaningful 6 months between March 1931 and August 1934, to help citizens get a better sense of the similarities and differences between the two periods. And yet, I believe reconstructing stories of the past doesn’t merely bring a chronology, a body of evidence, a narrative, or whatever one believes is historians’ output. Every period has a thickness and a texture that cannot be captured by words. And it was this article on “Why Trump is inevitable” which, this morning, sent me back to economists’ struggles to pursue their scientific agenda in the midst of the murky waters of the 1940s. 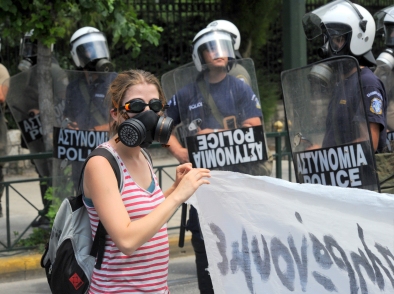 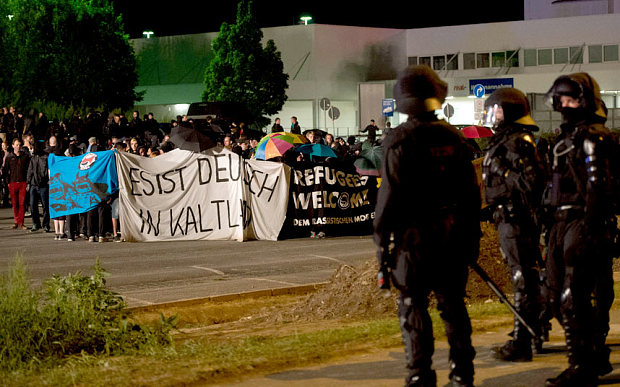 New York, 1940-1941: Jacob Marschak is preparing a seminar on “Uncertainty and the Social Sciences” at the New School for Social Research, where he has been teaching since 1940. Dealing with uncertainty has been on his research agenda since his 1924 thesis on the Marxist transformation equation. He has since attempted to explain the demand for liquidity by uncertainty. A pioneer in mathematical economics, he held the fundamental belief that economics “has a value as forecasting instruments only insofar—yes, in so far as history does repeat itself,” as he explained in 1936. Or, if not repetition, there had to be “invariant features” or “trends” for the econometrician to practice his science.

By the end of the 1930s, however, Marschak found himself struggling to reconcile his scientific vision with his personal odyssey. For uncertainty was not just a social characteristic to be included in economic models, it was an essential feature of his life. By the time he arrived in New York in 1939, Marschak had suffered pogroms against Ukrainian Jews as a child, imprisonment as a pacifist teenager, flight across the Caucasus Mountains as a Menshevik. His exile led him to become a journalist and economist in Germany, before fleeing again to Great Britain, where he became the founding director of the Oxford Institute for Statistics. In 1940, he joined the New School University in Exile, where we find him reflecting on social scientists’ approach to uncertainty.

He chooses to open the seminar’s introductory section, titled “Law and Chance in Social Research,” with the following statement:

(1) “you cannot learn from history”

(2) “the wave of tomorrow is inevitable”

Historical relativism, Marschak writes, should be rejected right away; even Montesquieu, Voltaire, Hegel and Marx believed in some kind of “invariants.” But Hilter’s rhetoric, his notes show, induced him to rethink his conception of “invariants.” For zwangsläufig (“inevitable”) is Hilter’s favourite word, Marschak ruminated. And “there is no reason whatever to accept as scientific truth Hitler’s claim of having determined, or being about to determine, mankind’s destiny for the next thousand years … Perhaps one of the worst curses we have inherited from the optimistic nineteenth century is the mystic belief in “trends”, the pseudo-science of the inevitable. It is logically worthless.”

Marschak then proceeds to lay out a third way between inevitability and relativism, one that would allow econometricians to carry on their work in a meaningful way. The solution, he explained lies in probabilities, in a “stochastical attitude” that “[gave] up the quest for systematic relations . . . but not the quest for the accumulated result of ‘thousand forces’” and that used probability distributions to represent economic relationships. He identifies three types of invariants –constant relationships (historical analogies), constant law of change (trends), and constant probability relationships — and  frames his talk so as to convince his audience that a probabilistic framework accommodates uncertainty in the behavior of the social scientist and in the behavior of men.

2. Uncertainty and the behaviour of the social scientist.

3. Uncertainty and behaviour of men

These ideas largely pervaded Marschak’s New School course on probabilities in economics, and the NBER seminar on mathematical economics and econometrics he organized in these years. The seminar brought together his graduate student Franco Modigliani, Tjalling Koopmans (student of Frisch), Abraham Wald, Kenneth Arrow, Wassily Leontief, and Trygve Haavelmo, who presented his landmark paper on the maximum likelihood estimation of simultaneous equations. In 1943, Marschak was appointed director of the Cowles Commission at Chicago. Structural analysis, e.g. modeling economies as systems of simultaneous behavioral equations abiding by the maximization principles, and estimating them with statistical methods soon became the hallmark of the research institute.

It was therefore no surprise that, in his tribute to Marschak, Arrow chose to emphasize the source of his mentor’s peculiar approach to uncertainty: “it is perhaps then not entirely surprising that Marschak’s sense of the  uncertainties with which the world abounds should translate itself into a scholarly interest in decision making under uncertainty and the problems of communication and information,” he wrote.

The material on Marschak is taken from this paper. Uncertainty was on most economists’ minds in the 1940s, but was translated in diverse ways. Robert Leonard tells the riveting story how Von Neumann and Morgenstern developed game theory in the context of the rise of Nazism and Exile. Harald Hagemann has spent part of his career inventorying European Emigrés and documenting their trajectories. On Haavelmo’s monograph and the probabilistic revolution, see the book edited by Lorenz Krüger, Gerd Gigerenze and Mary Morgan. The research of Floris Heukelom and Catherine Herfeld also incidentally deal with how economists translated uncertain times in their research (on decision theory and experiments). Philippe Fontaine’s story of how Kenneth Boulding reacted to the war offers a nice counterpart to these stories.