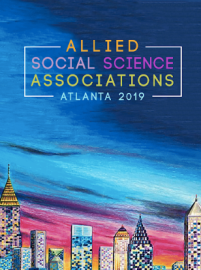 The 1979 annual meeting of the Allied Social Sciences Association was held in Atlanta and, also like the 2019 meeting, took place amidst national controversy over the treatment of women in American society. A few years before, in 1972, the US Senate had approved an amendment to the United States Constitution designed to guarantee equal legal rights to divorce, property, employment, etc. for all American citizens regardless of sex: the Equal Right Amendment. First proposed in the 1920s, the amendment had been reintroduced in 1971 by Martha Griffith. The deadline for states ratification was set for March 22, 1979

Although 30 of the 35 necessary states had already endorsed the ERA, by 1977 it appeared that some of the states in which the AEA meeting was scheduled to be held were not keen on ratifying the amendment. These included Illinois (1978 Chicago meeting) and Georgia (1979 Atlanta meeting). The AEA’s Committee for the Status of Women in the Economics Profession thus proposed to relocate the meetings. Controversy over relocating was not new. In 1968 already, following the riots at the Democratic National Convention, many economists wrote to the AEA to move the meetings from Chicago in protest. The AEA didn’t, but the Econometric Society moved its meetings to Northwestern and a separate job market was organized by Lawrence Klein at the University of Pennsylvania. 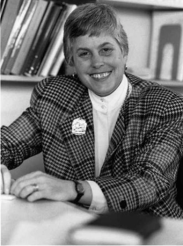 CSWEP chairwoman Ann Friedlaender, the first woman to become a full professor in economics at MIT (on a joint appointment with engineering), defended the move before the Executive Committee in December 1977. Discussion was heated, with any move from the AEA framed as violating the association’s charter, which stipulated that “the association as such will take no partisan attitude.” Financial consequences (viz. breaking already-signed contracts concerning conference facilities) were also discussed. A motion to withdraw from Atlanta, named the Samuelson-Behrman resolution, failed to pass.

The next day, further possibilities for protest were discussed at a CSWEP open meeting. Boycotting the meeting was excluded, as it would harm women in sessions and on the job market. However, it was suggested to organize a session on the “economic power of women” at the next meeting, to pressure the AEA Executive Committee in reconsidering moving the meeting elsewhere, and to take out an ad in the local newspaper during the meeting, signed by economists, providing information on the impact of ERA. CSWEP members also discussed the possibility to relocate only the job market sessions to ERA-favorable states. But getting the Executive Committee to formulate a public position on this issue was CSWEP’s main target.

Friedlaender urged AEA members to “let their feelings known to the association.”, Over four hundred economists wrote to AEA President Tjalling Koopmans. Some urged disregarding ERA in site selection, but most letters supported moving the conference to ratifying states. “While the AEA should strive to be apolitical, by its very nature it should also be exemplar in its posture relative to certain basic values,” a female professor wrote. On behalf of 26 MIT economists, Paul Samuelson sent a letter proposing that “the Association should explore the possibility of changing the Atlanta meeting” and that it “should make a formal statement that it will not hold future conventions is states that have not ratified ERA … we understand that many other associations … have managed to change their meeting sites, and we urge the American Economic Association to take a positive stance on this important issue,” they conclude. 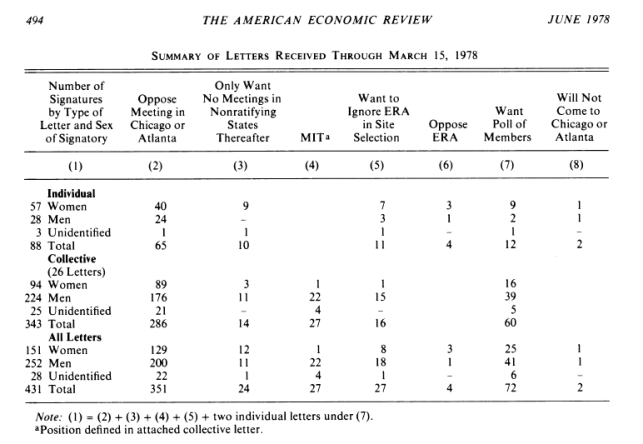 As a result, canceling Atlanta was again put on the table at the March 1978 Executive Committee meeting. AEA chairman Tjalling Koopmans recognized that

“meeting in Atlanta might discourage attendance by young women economists most in need of the benefits of attending or put them in the awkward position of compromising their principles … in view of the number of associations that have taken stands of the kind being proposed for the AEA, failure to act in this way would be construed as a negative position on ERA itself.”

“Support of the passage of ERA is not fundamentally a political action,” Friedlaender urged. Again, the Executive Committee feared, to quote another letter by Northwestern’s Mary Alice Schulman, that “selecting sites to further a political measure would set a dangerous precedent to locate future conventions on the basis of whether the state had a clean bill-of-health on political issues of some interest to some portion of our membership – migrant worker rights, abortion laws, labor laws, civil liberty issues, etc.”  Again, the motion was voted down, but the Executive Committee promised to select future locations more thoughtfully. Koopmans published a long letter explaining he decision in the June AER issue. 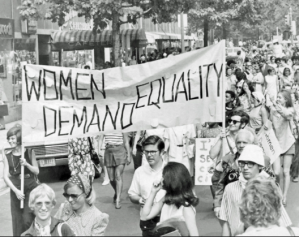 Outside pressures on the AEA continued to mount. Sophie Korczyk from the Congressional Budget Office complained to Friedlander that “it is sad that the profession of John Stuart Mill, one of the earliest feminist thinkers, should be absent from this crucial forum. I have seen several lists of associations boycotting unratified states, but the AEA is absent from all of them.” The American Association for the Advancement of Science, the American Political Science Association, and the American Psychological Association moved their meetings out of non-ratifying states. In fact, a national campaign by women’s organizations targeted professional and academic organizations, using questionnaires to inform the network. Koopmans and Solow suggested to organize a session on the economic implications of ERA. 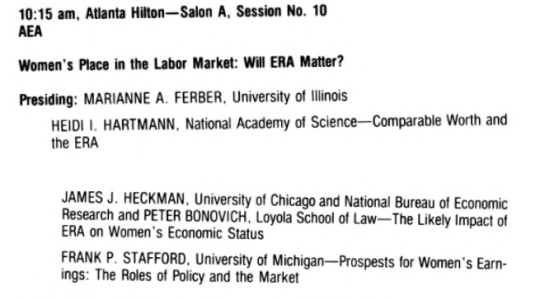 CSWEP’s Bill Hellmuth coordinated the press ad. Signatories were asked to send their names and $2. A total of $2,600 was collected to enable publication. Published in The Atlanta Constitution during the meeting, the ad read “TO THE PEOPLE OF GEORGIA: “we are dismayed that the Georgia legislature has not ratified the ERA. We urge all Georgians to encourage their legislators to ratify the ERA in the 1980 Session.” 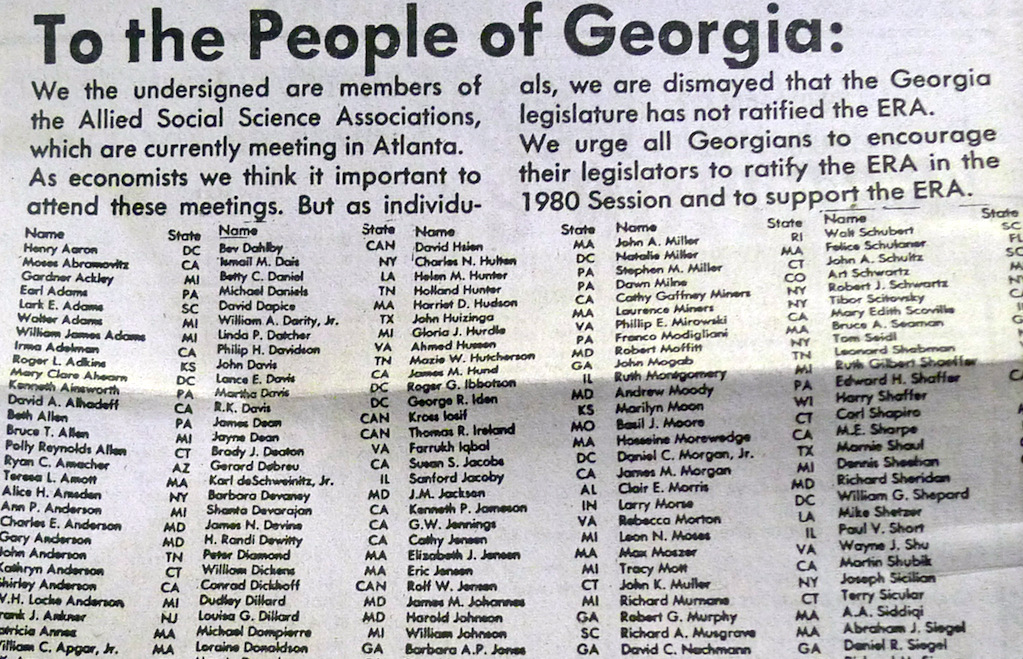